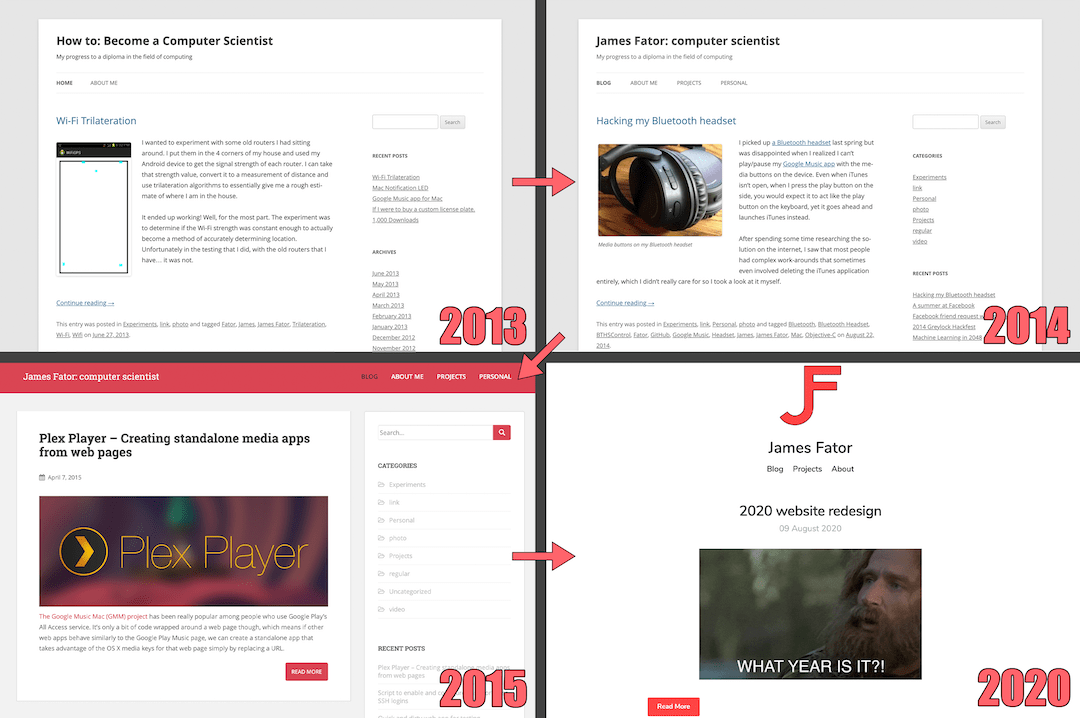 Another update to the internals of my website, so I figured I'd use The Wayback Machine to document how it has looked through the years.

The first revision of my blog was literally a Tumblr account to document my progress through getting a degree in computer science. I had no idea what I was doing back then, so I bought the domain and had DNS point to Tumblr. Then I moved to WordPress for many years, initially hosted via HostGator (no idea why I chose that) but eventually moved to AWS so I could have more control.

In 2020, I converted my website to use Jekyll, which allowed me to write blog posts as markdown files. That was going well until all of a sudden my Mac started having Ruby environment issues. Since I barely use Jekyll to the fullest potential, instead of fixing the Ruby issues, I just rolled my own static site generator in Python with almost no dependencies. It's heavily based on https://github.com/sunainapai/makesite but with my own tweaks. I know no one will really read these, but getting this experience has been a fun adventure.

Alongside this new update, I've also added dark mode based on your system preferences 😃